Omar Soliman and Nick Friedman already had a successful business. They started hauling away unwanted items for Omar’s mother’s furniture customers and made more than $8,000 the first summer. When they returned to school, Omar’s college had a contest for young entrepreneurs. They called their business “College Hunks Hauling Junk,” wrote up a formal business plan, and won first prize, $10,000. Since then, they had been named among the 30 top entrepreneurs under 30 by Inc. Magazine and their company was listed among the top 30 franchise opportunities by Entrepreneur Magazine. 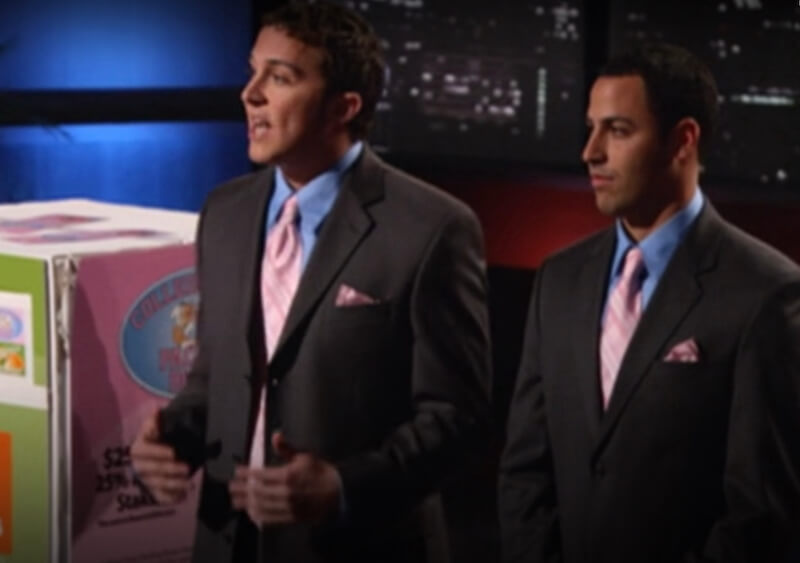 They were in the Tank for their spin-off business, “College Foxes Packing Boxes,” with young women trained to sort, organize and pack up a houseful of belongings. They had three pretty young women with them as the “foxes.” Daymond was concerned that “those guys in trench coats” would be calling.

The sticking point for all the sharks was that they were not including Hunks in the deal. Robert offered $250,000 for 50% of Foxes and 10% of Hunks. When they declined, he asked them to come up with a number for both companies. They wanted $1,000,000 for 10%. And that shut down any further discussion.

College Foxes never got off the ground, but there are now more than 150 College Hunks franchises in the US and Canada.

Nick and Omar wrote a book, “Effortless Entrepreneur,” to let other entrepreneurs know what not to do in the Tank. Also, they pop up occasionally on media outlets, such as Fox Business News.

College Foxes Packing Boxes is no longer in business.