Lerin Lockwood was playing softball and made a great catch. Problem was that the ball bent the setting of her engagement ring and out popped a stone (a small one, thankfully). She had the ring repaired and the stone replaced, but Lerin was determined that would never happen again. So she removed her rings when playing softball, volleyball and tennis. Also, as an art teacher, when she worked with squishy stuff like clay, difficult-to-remove paints and stains, and harsh paint removers.

Many of us can relate. We may not be athletes or artists, but we get “down and dirty” in the garden or sift through sand on the beach, fingers slippery with sunscreen. Being around water anywhere, ocean, lake or pool, with rings on is tempting fate. People in professions that involve machinery are usually advised (more often required) to take off their rings, e.g., auto mechanics, welders, assembly line workers, as a safety precaution. 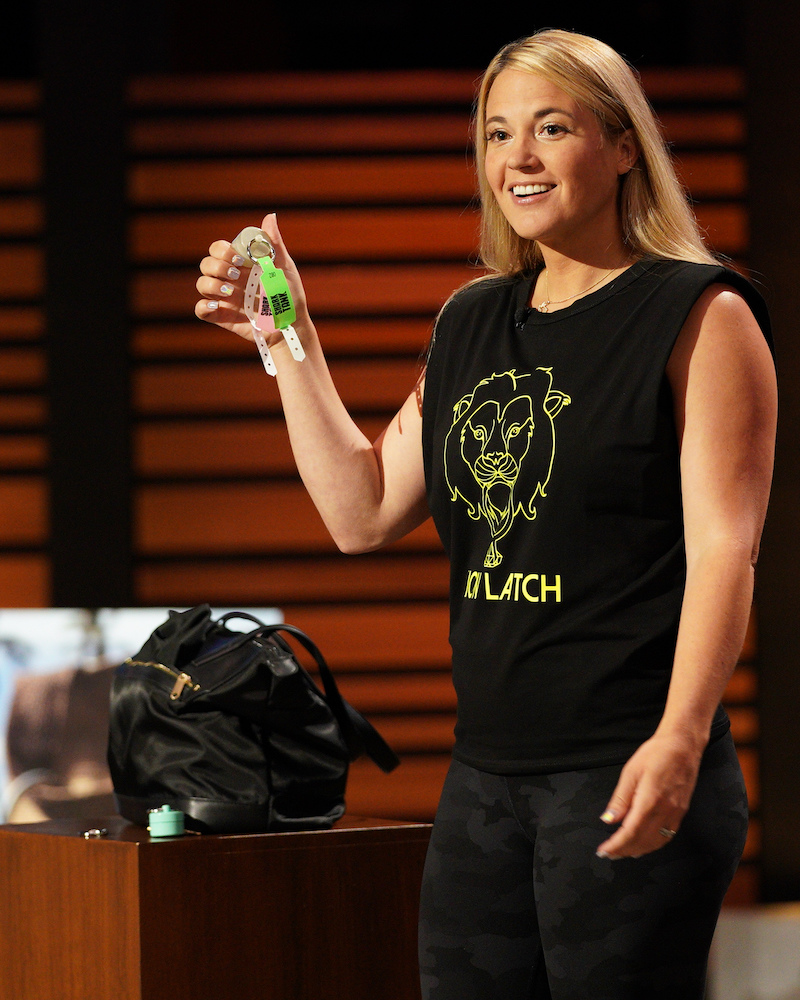 Lerin Lockwood to the Rescue with the Lion Latch

Lerin had to figure out where to put her rings when not wearing them. She tried her wallet and purse, but they didn’t offer sufficient protection. Pouches with zippers came open too easily, as did small containers with screw-on lids. She slipped her rings onto her key chain carabiner clip. That was a convenient solution, but did not protect the rings from damage. So, using the carabiner clip, a D-shaped ring with a spring catch on one side, as a starting point, Lerin got to work designing a secure, convenient, consistent “ring safe,” the Lion Latch Jewelry Tote.

The Lion Latch is a small round locker for rings, small necklaces, earrings, ankle bracelets, hearing aids or pills. Lift off the lid and there is a stem in the bottom half to hold rings. The stem fits into an opening in the lid, and the carabiner fits into a hole in the stem and attaches easily to a key chain, bag, backpack—almost anywhere actually. The locker is not going to open until you remove the carabiner. Next, Lerin needed a manufacturer, and she wanted to stay within the US. She found one right in Texas with more than 30 years’ experience in injection molding. Nearly anyone would appreciate receiving a Lion Latch, including

But I’m particularly thinking of the teachers who gamely grit their teeth every spring and say “Thank you” for one more “Best Teacher” mug or ceramic apple. Your child could zoom right to the head of the class with the Lion Latch!