After graduating from the Culinary Institute of America, Jared Cannon worked in the hotel business in Miami. After six years in Miami, he came back to Philadelphia to work as head chef for Iron Hill Restaurant.

When he decided to attend the School of Business at Temple University to get his Masters Degree, he learned about starting businesses and being an entrepreneur. Jared realized that was the direction he wanted to go.

Only a year later, in 2017, Jared established Simply Good Jars. He took a leap of faith and left his job in the food industry. He launched his endeavor with a $1,000 loan, and within a month had a waitlist of 700 people.

With his background in food production, it was a logical choice for Jared to create something related to food. He brought together two of his passions—good, nutritious, but easy-to-prepare food, and a concern for the environment. In particular, Jared was concerned about the extensive waste of plastic packaging, and creating a reusable, recyclable container was of great importance. Simply Good Jars contain fresh salad ingredients that are locally sourced whenever possible. Some of the choices are Cobb Salad, Smoked Salmon Salad, Chicken Quinoa, and Greek Salad. The ingredients are layered in the jar and the salad can be prepared by shaking the jar!

The patent-pending jars themselves are hermetically sealed and preserve the fresh ingredients without using preservatives. Each jar has a special bar code related to recycling efforts. A consumer can scan the bar code and be directed to a website where they pledge to reuse or recycle the jar. With each pledge, Simply Good Jars would donate one meal to a local organization. Unfortunately, this unique project was affected by pandemic restrictions and is currently suspended. 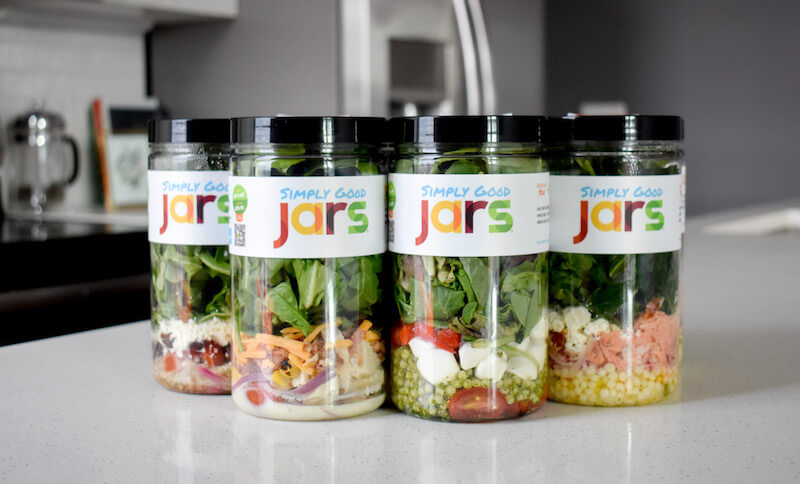 In October of 2020, Jared was selected as an Entrepreneur of The Year® as a 2020 Greater Philadelphia Award Winner! Jared was recognized for his leadership in overcoming adversity, financial performance, societal impact and commitment to building a values-based company, innovation, and talent management.

Victor Fiorillo of PhillyMag interviewed Jared on March 2nd, in anticipation of his appearance on Shark Tank. Jared reports that he has a patent pending on a new process that extends the shelf life of salad by three times. On Monday he opened a brand-new research and development facility in Bridgeton, in partnership with Rutgers Food Innovation Center. They are working on something Jared can’t yet reveal. But, he says, it isn’t a salad, and it’s going to be “really disruptive.”  Over the past four years, Jared has been able to raise about $4 million in investments, but his appearance on Shark Tank may be the most challenging pitch yet. Jared told Victor Fiorillo that when he realized Simply Good Jars had been selected to pitch to the Sharks it just felt surreal, and he went into a “seize-the-opportunity, once-in-a-lifetime” mindset. Of course, Jared couldn’t reveal whether or not he was successful in his pitch, but he is sincerely hoping for a very busy Friday night involving thousands of inbound phone messages and social media attention. If he is successful, he won’t have time to party and he just wants to roll up his sleeves and keep working! Certainly, the Sharks would agree that’s the mark of a successful entrepreneur. 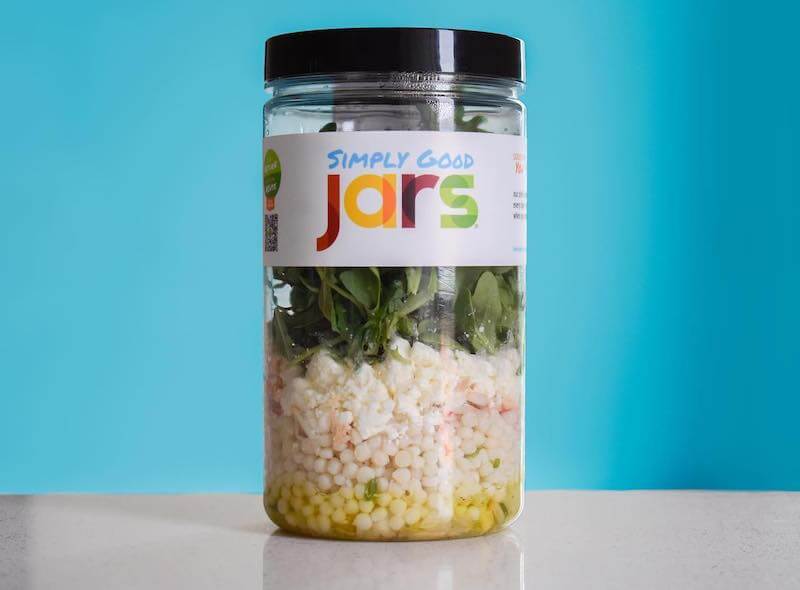 Previous PitchPinch Me Therapy Dough
Next PitchTandem Boogie: Body Board for Two