Ryan Bethencourt, co-founder and CEO of Wild Earth, challenged the execs at the major dog food brands to eat their own products. So far he hasn’t had any takers. No surprise there. Conventional dog food contains “meat, bone meal and by-products” from dead animals; fats, grease and other food waste; pentobarbital used in euthanizing animals; preservatives and food dyes that are known carcinogens; and assorted contaminants too gross to name here. Can’t imagine why the execs don’t want to pull up a chair and chow down.

Ryan, on the other hand, can and does eat the Wild Earth Dog Treats made from koji, oat flour, flaxseed and peanut butter—koji being the “secret” ingredient.

Co-founder, Ron Shigeta, Chief Science Officer, was in the midst of creating new sauces and marinades from koji, just for fun, when he and Ryan began discussing how to produce a high-protein, highly nutritious, flavorful and environmentally friendly food for dogs. Koji was the answer: a renewably sourced mushroom protein, rich in umami flavor, that contains 10 amino acids, omega fatty acids, digestion-boosting enzymes and prebiotics.

Koji (Aspergillus oryzae) was discovered by the Japanese thousands of years ago. They have, over time, perfected the process of enhancing its flavor until it became a culinary art form. It provides us with our fifth basic taste, umami (savory) and is found in many foods, such as soy sauce, bean paste, miso, soup and sake.

It’s not only the taste and safety of the dog treats that is Wild Earth’s concern, it is also the danger to our planet wrought by the manufacture of pet food. A UCLA study determined that meat-based food eaten by American dogs and cats generates the equivalent of 64 million tons of carbon dioxide per year, while it gobbles up precious land, water and fuel. In contrast, Wild Earth formulas are created by cellular agriculture specialists and veterinarians to produce clean, humane, high-protein pet food that benefits pets as well as the environment. 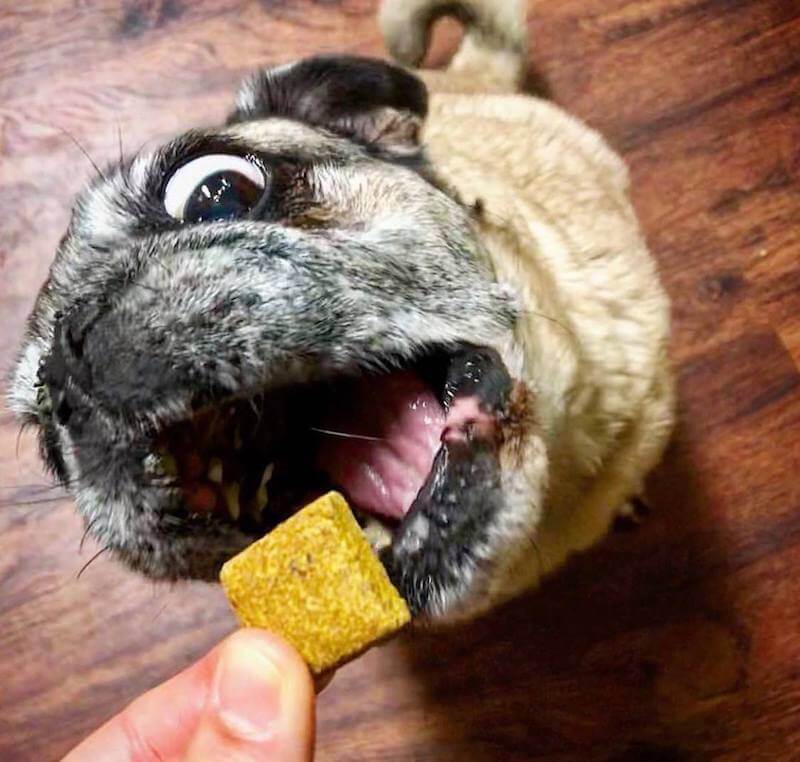 Ryan and Ron are far from novices in biotech. They have advanced degrees in related disciplines, co-founded San Francisco-based biotech incubator IndieBio, and have invested in more than 70 biotech companies that are redefining food manufacturing. They both firmly believe that science and technology will create a world with healthier foods and inconsequential adverse effects on the environment.

Wild Earth will be going beyond dog treats. They are in the process of formulating dog food and cat treats. Cats create an additional problem in that they must eat meat to survive. The team is now experimenting with using cell cultures to grow mouse meat in the lab. The ultimate goal is to be able to feed all of us (yes, humans) free from dependence on industrial farming and return those 900 millions of acres of agricultural land to what it once was—the wild earth.