Kaycee Jones was a former dancer on a family vacation at the beach in the summer of 2014. As a dancer, she knew very well the stress, strain, and frequent injuries to legs and feet that every dancer endures. Kaycee has a master’s degree in kinesiology and is also a certified personal trainer. While relaxing in the sand, she came up with the idea of a compression sock designed specifically to support vulnerable leg and foot muscles.

Kaycee pitched her idea to her friend and fellow dancer, Brianne Zborowski, who immediately recognized that the sock Kaycee was describing would be of great interest to the dance community. Brianne has a degree in business management and comes from a family of business owners. She knew the basics of starting a business. So, Kaycee and Brianne decided they were perfect partners, founded their company, Apolla, and began designing the sock. One of the motivations for designing this new product was the fact that dance training had become increasingly intense with more demanding routines. At the same time, dance footwear remained mostly out of date and its design did not significantly reflect the current level of medical and scientific understanding of injury and recovery.

In an interview with Anne Russell of Dance Business Weekly on 3/12/20, Kaycee and Brianne described their early attempts at creating a prototype. They reviewed scientific literature, and talked with clinicians and doctors, as well as with dancers themselves. Brianne explained how they cut out bits and pieces of different materials while sitting on her living room floor, hand-sewed them together, and created a prototype they lovingly refer to as a “Frankensock.” Eventually, they would refer to the sock as a “shock,” combining the words ‘sock’ and ‘shoe.’

Apolla was completely self-funded, but the partners knew they needed help with the manufacturing side of their business. They enlisted the help of Manufacturing Solutions Center (MSC) in Conover, North Carolina, a nonprofit business incubator, which is part of Catawba Valley Community College. 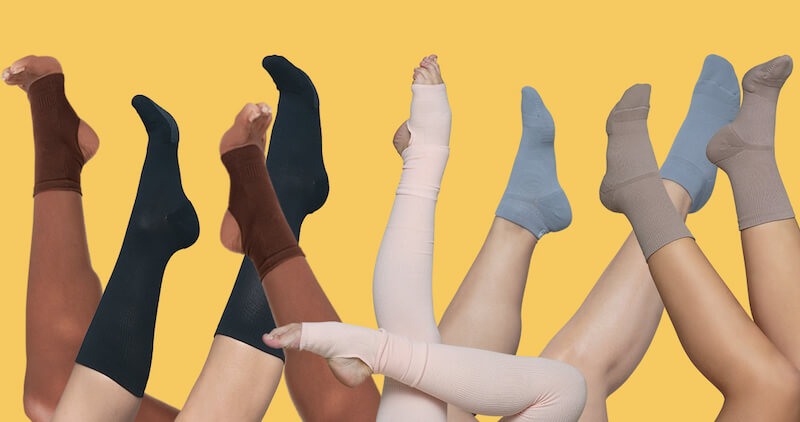 The development and testing phase took about a year and a half and in 2016 they were ready to take pre-orders. With assistance from MSC they applied for and ultimately received a utility patent. Eventually two additional partners joined the endeavor. One is a silent partner who is a Florida studio owner. The other is Alesha Ashby, a professional dancer and choreographer in Fort Worth, Texas. The company is working on increasing their sales internationally, with current distribution deals in Australia, Spain, Switzerland and the UK.

The Shocks are made of REPREVE® certified sustainable yarns in the USA, are moisture-wicking, and antimicrobial, and have the American Podiatric Medical Association Seal of Acceptance. They come in six different styles such as No-Show, Crew and Mid-Calf. A knee-high version is in the works and should be available soon. The socks come with a 14-day guarantee, during which they can be returned for a refund. 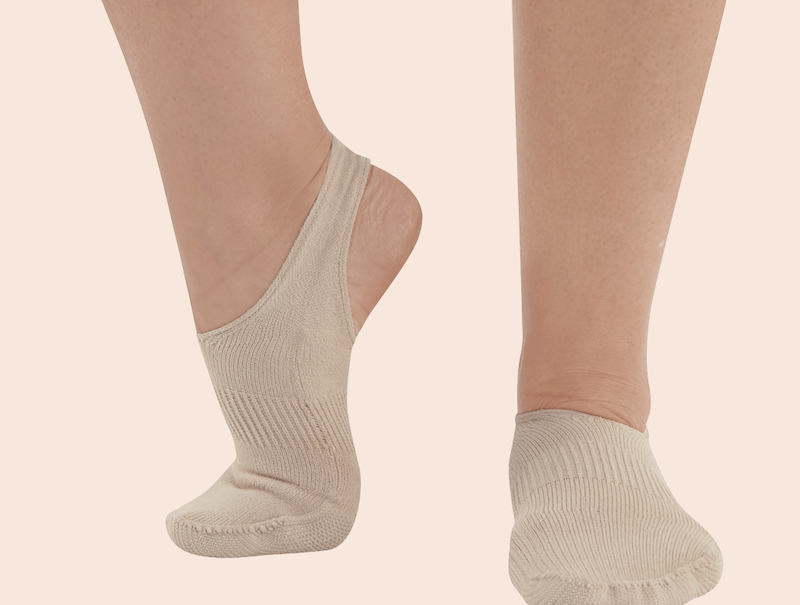 Shocks are also good for non-dancers. Apolla’s website contains many positive reviews from hikers, runners and for use during workout routines. But the focus of the company overall is still on the dance world. “Dance,” the partners say, “is our heart and soul.”