A migraine is not just an ordinary headache. Severe migraines can cause blurred vision, nausea, vomiting and confusion, and in the worst cases can last up to four days! Various combinations of drugs can help alleviate a migraine, but Nic Lamb has come up with an intervention that does not depend on drugs—the Ice Beanie. Nic Lamb is an entrepreneur, but his first love is surfing. Growing up in Santa Cruz, California, he started surfing at the age of five. By the time he was nine he was entering competitions and at 12 was winning amateur events. At 14 he was the youngest person ever to surf the “Mavericks,” deadly waves just south of San Francisco, and as a high school sophomore became the California State Champion.

He is renown for his fearlessness in chasing the biggest waves he can find anywhere in the world. He has competed in The Punta Galea Challenge in Spain and in 2016 became a Mavericks Champion. 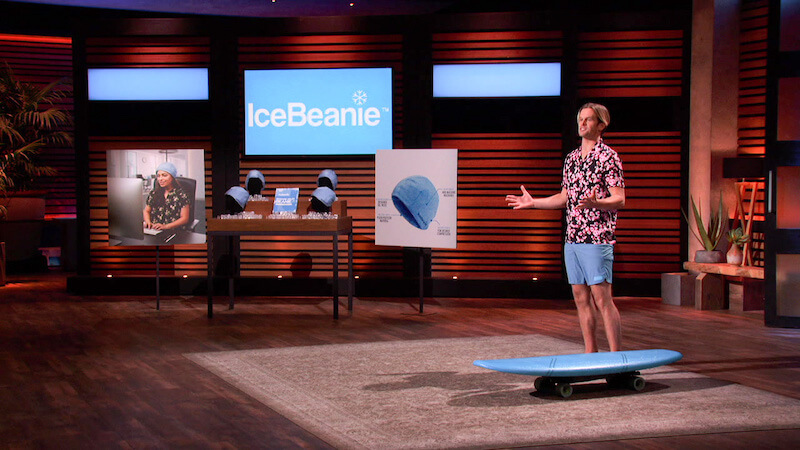 Why would such an accomplished surfer decide to become an entrepreneur? This was a case of “necessity is the mother of invention.” While surfing the largest wave in the world, Nazaré in Portugal, Nic wiped out and sustained a serious concussion. As a result, he began to suffer with severe headaches. Ice packs gave him some relief, but he became frustrated from having to hold the packs to his head. From this personal experience he designed Ice Beanie to make the use of cold therapy for headaches easier. Using cold therapy to relieve headaches goes back in modern times to 1849, when Dr. James Arnott started using a mixture of ice and salt to treat headaches. There is some evidence that the use of cold to lessen pain may go back to the Ancient Egyptians. Cold works because it overrides or slows down pain signals as they move through the nerves and restricts blood flow, lessening the swelling of blood vessels.

Nic is an ambassador for the Princess Charlene of Monaco Foundation, an international organization that promotes swimming and water safety, along with promoting other sports and sportsmanlike conduct in children around the world.

Ice Beanie is made of soft micro fiber polyester with acupressure designed gel packs made to stretch and fit comfortably on any shaped head.