Kat Nouri made nutritional lunches and snacks for her children, brought her own lunch to work, and was committed to purchasing chemical free, healthy foods. But like many people who are health conscious, she was not only concerned with the physical health of her children and herself, but also concerned about the impact her decisions make on the environment and the health of the earth.

She knew that her choice of containers and bags for packaging and storing food could have a negative impact on the health and nutritional value of the foods she had so carefully purchased and made for her family. Plastic containers and bags are certainly very handy, cheap and easy to obtain. But plastic is a petroleum-based product containing toxic chemicals and cooking in plastic can leach chemicals and gasses that are hazardous to human health, as well as toxic to the environment.

In 2005, drawing on her background in marketing and sales, and her innate sense for design, Kat had founded Modern-twist, a San Francisco based studio with the ultimate purpose of working toward a plastic-free world. Modern-twist was already creating beautiful and functional items for the household from 100% pure food grade silicone, a polymer made from sand and oxygen that is heat and water resistant.

Based on her knowledge that 20 million plastic sandwich bags are discarded every day in the U.S., and it takes over 500 years for a plastic bag to break down in a landfill, creating the Stasher was a natural next step for Kat’s already innovative company.

Because this particular item was designed to store and cook food, Kat and her team made the decision to manufacture the Stasher with an even higher grade of 100% pure platinum silicone, satisfying all U.S. and even stricter European standards.

The Stasher comes in several convenient sizes: sandwich bag, snack bag, and a half-gallon storage bag.  The non-porous nature of silicone inhibits bacterial growth and the bags are safe for use in the microwave, standard oven, or a pot of boiling water — up to 400°F. Production of the Stasher was officially announced on January 29, 2016. On August 10, 2016 they were featured on The Grommet as an innovative new product. They are sold online and in numerous boutique stores around the country.

Modern-twist and Stasher are not just designed to be successful financial enterprises, however, but are based on a sincere commitment to making the world a better place. They became certified as a b-corporation™ (b corps), joining more than 1,800 other b corps in 50 countries, as leaders of the global movement of people using business as a force for good, meeting higher standards of social and environmental performance, transparency, and accountability. Both the websites for Modern-twist and Stasher contain a wealth of information on practical ways to change wasteful consumption habits, cook and store healthier foods, and simple steps to reduce our negative impact on the environment. 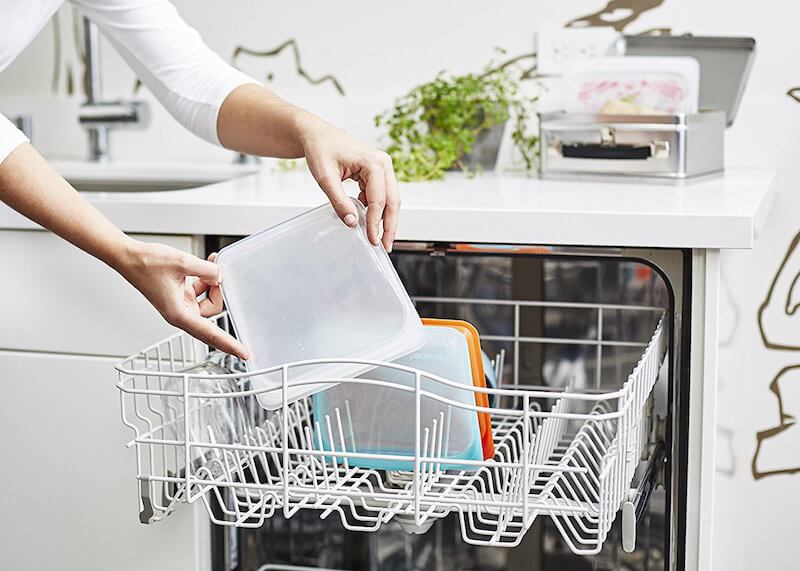 Whether you are an avid hunter, hiker, boat owner, or simply a DIY homeowner, you will often find yourself in need of a good...
Read more
Home, Garden & Tools

Window screens have around since the mid-1800s. They are among the most useful household items ever invented. Prior to screens, people suffered from oppressive...
Read more
Home, Garden & Tools

We associate much of Christmas merriness with the cold, snow-covered North Pole. It is now time to look south—hot, sunny South Florida, to be...
Read more
Home, Garden & Tools

While many people enjoy wrapping presents, getting the paper unrolled, holding it still, and cutting it to the proper size is not so easy!...
Read more

Brothers Michael and Eugene Jung freely admit that becoming adults didn’t turn out to be as much fun as they had expected. Ping...
Read more
Pet Care

Shake It Pup is an all-natural, savory, safe and nourishing line of seasonings that will convince your dog that you have become a gourmet...
Read more
Beauty & Health

In 2016, Natalie Holloway and her husband, Max Kislevitz, both certified yoga instructors and daily practitioners were on a six-month sabbatical in Asia. ...
Read more
Beauty & Health

Laura and Emily Schubert were chatting one day, about this and that, as sisters do, and the matter of pubic hair came up. Emily...
Read more
Food & Drink

Alex Bayer saw illness all day long—in the form of the insurance claims that crossed his desk day after day. He was appalled by...
Read more
Toys, Kids & Babies

There are 5.6 million American children under the age of 18 who are allergic to at least one type of food, according to the...
Read more

A good sense of humor undoubtedly comes in handy in the life of an entrepreneur, something to lighten the mood during times of stress...
Read more

Brothers Michael and Eugene Jung freely admit that becoming adults didn’t turn out to be as much fun as they had expected. Ping...
Read more

Shake It Pup is an all-natural, savory, safe and nourishing line of seasonings that will convince your dog that you have become a gourmet...
Read more

In 2016, Natalie Holloway and her husband, Max Kislevitz, both certified yoga instructors and daily practitioners were on a six-month sabbatical in Asia. ...
Read more

Laura and Emily Schubert were chatting one day, about this and that, as sisters do, and the matter of pubic hair came up. Emily...
Read more